Infrastructure and sustainable use of natural resources

The main goal of the presented project is to improve the quality of life, hygienic conditions, disease prevention and safety in the public spaces of the Lebanese municipality of Al Faour thanks to access to critical infrastructure in the sectors of water, sanitation and renewable electricity. ADRA Slovensko, in cooperation with the partner organization ADRA Lebanon, will implement a complex intervention in the village of Al Faour in the district of Zahle, Bekaa region for the Lebanese host communities and Syrian refugees who have settled here for a long time. The village has a population of 9,375 – approximately 6,000 vulnerable Lebanese and 3,375 Syrian refugees in informal tented settlements. The first activity will be the installation of 100 solar lamps for street lighting, which will increase the safety of residents at night and bring a sustainable source of light to the municipality suffering from a lack of electricity. ADRA will also install a water tank (10,000 liters) in a local informal tented settlement that does not have permanent access to water. The cistern will provide drinking water for the Syrian refugees in the homestead, improve hygienic conditions and disease prevention. The last activity will be the installation of latrines, which will bring more dignified sanitary conditions and an increased hygiene standard for 25 Syrian families. The families will choose 4 representatives from among themselves, who will be trained in the maintenance of the functionality and hygiene of the latrines - the community will thus be self-sufficient in the care of sanitary facilities even after the end of the project. The proposed project does not contribute to gender or social inequality. The aim of the activities is to improve the living conditions of vulnerable persons, regardless of their gender. The beneficiaries are both the refugee and the host community. Within the cross-cutting topic of ŽP and ZK, the project is classified in category B, as it does not pose a serious threat and brings an opportunity for a favorable impact in the form of building green infrastructure using a renewable energy source. Local partner - Adventist Development and Relief Agency (ADRA) Lebanon has been working in the Middle East since the beginning of its humanitarian activities in the 1950s and has gained a strong position in several countries of the Middle East and the North African region (MENA) since the first half of the 1990s. The ADRA Lebanon office was established to coordinate disaster relief and develop new initiatives to support the Syrian refugee crisis in Lebanon. He has extensive experience in the WASH sector, in education and security solutions for Syrian and Palestinian refugees as well as humanitarian interventions - intervention in emergency situations. It implements projects financed by the ADRA network, UNICEF, CzechAid, SlovakAid, Danida, Canadian Food Grains Bank (CFGB), Latter Day Saints (LDS) and Japan Platform Funding (JPF). She has been active in the WASH sector for almost 9 years. The organization successfully built 4 water tanks with a volume of 500 m3, built several water tanks in refugee informal tent settlements, renovated 238 mass shelters, provided training on water, hygiene and sanitation, distributed hygiene and disinfection packages. Through strengthened infrastructure, it has provided safe water, increased sanitation, improved shelter for the most vulnerable Lebanese and Syrian refugees. The advantage of ADRA Lebanon's partner is that it already has experience working in the region identified for the project in Al Faour village. In past and currently implementing projects, it implements several sector activities. It has established positive working relationships in the communities and gained the trust of the local population and refugees, enabling successful implementation. 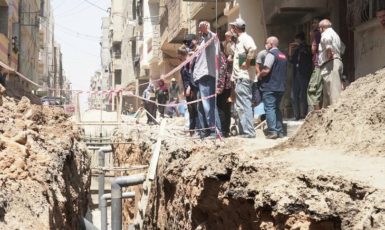 Rehabilitation of two water wells for the Hjeira community in Syria

Mitigating the economic and environmental crisis by supporting the market environment, professional qualifications and building sewerage infrastructure in Tripoli 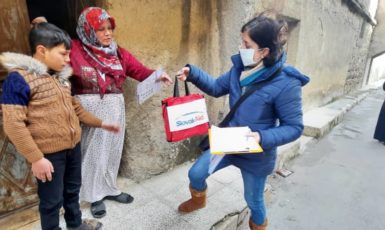 Health care for internally displaced persons in Syria in Aleppo

See
Spravujte svoje súkromie
We use technologies such as cookies to store and / or access device information to provide the best experience. Consent to these technologies will allow us to process data such as browsing behavior or unique IDs on this site. Disagreement or withdrawal of consent may adversely affect certain features and functions.
Cookies policy Privacy Policy - GDPR
Manage options Manage services Manage vendors Read more about these purposes
Detailed settings
{title} {title} {title}