Sharing Slovak Expertise (SSE) was established in January 2019, after changing the name from CETIR, which was a part of SlovakAid activities since 2011. With a new name and its own logo, SSE aims to spread a positive image of the Slovak Republic in partner countries, mainly in SlovakAid programme countries of Moldova and Georgia, as well as in those partner countries where Slovakia has an embassy or a liaison office. Such countries are in the Western Balkans (Albania, Bosnia and Herzegovina, Montenegro, Kosovo*, North Macedonia, Serbia) and in the Eastern Partnership (Belarus, Ukraine).

*This designation is without prejudice to positions on status, and is in line with UNSC Resolution no. 1244/1999 and the ICJ Opinion on the Kosovo declaration of independence.

The main aim of SSE is to offer and to pass on (through study visits, sending of experts, internships, roundtables and seminars) Slovak expertise, experience and recommendations from public sector reforms in various areas. This tool also supports the capacity building of public administration and local self-government in partner countries.

Participants of study visits, internships and roundtables or seminars can be representatives of state or public institutions, government and local self-government. In some cases, participants can also be from NGOs, academia or other fields.

The long-term ambition of SSE is to establish partnerships with experts across state and public administration, local self-government, NGOs, academia and the private sector. Therefore, a coordinated cooperation of the MFEA SR and SAIDC with experts is especially important. Tangible outcomes of such cooperation are various concluded agreements and memoranda of cooperation.

Many of CETIR/SSE projects helped to start or develop an expert dialogue of partner institutions and organizations. Personal meetings of experts during study visits and internships helped to bring about the conclusion of several memoranda and cooperation agreements.

The Judicial Academy of the Slovak Republic signed the Framework Agreement on International Cooperation in the Field of Judicial Training with the Judicial Training Center of Montenegro (2013), the Antimonopoly Office of the Slovak Republic concluded a Cooperation Agreement with a partner institution in Moldova (2014) and the Slovak Innovation and Energy Agency (SIEA) signed a Memorandum of Understanding with the Innovation Fund of the Republic of Serbia (2018). An agreement on cooperation between the Nation's Memory Institute (SR) and the Security Service of Ukraine in the field of archival research, scientific work and publication of documents on political repression in the 20th century was signed in Kiev (2020). This agreement was preceded by three joint SSE projects, aimed at exchanging experiences in archival research and strategic communication - a study visit to Slovakia, the sending of Slovak experts to Ukraine and a seminar for journalists and historians in Bratislava.

The implementation of SSE projects is executed through the SAIDC and its Contact Points for SSE. The primary role in implementation is played by Slovak embassies, which initiate and submit project proposals, based on requests from partner countries.

During 2018 and 2019, we supported two missions of doctors and nurses with SlovakAid funds from the SSE budget and a microgrant. During their two deployments to Nairobi, our team provided professional experience and recommendations to Kenyan cardiac surgeons and medical staff during operations and examinations of children with congenital heart diseases. The photo above shows the Slovak-Czech team of doctors and nurses at Mater Hospital in Nairobi.

Following a study visit of the Serbian Anti-Corruption Agency in 2019, SAIDC organized a seminar entitled "Unique Slovak Anti-Letterbox Companies Act and its Application in Practice" for the countries of the Eastern Partnership and the Western Balkans region. The seminar was prepared in the context of the Slovak Presidency of the OSCE. Lawyers Andrej Leontiev and Radovan Pala, who participated in the so-called "big" amendment to the law and also in the original drafting of the law, were the content guarantors of the seminar. The invitation to the seminar was also accepted by Prof. Paola Severino (Italy), Special Representative of the OSCE CiO on Combating Corruption and Special Representative on Fighting Corruption at OSCE Parliamentary Assembly, Ms. Irene Charalambides (Cyprus). The main message of the event was the need for cooperation in the field of uncovering obscured ownership structures in the context of the fight against corruption, money laundering and the use of public funds. 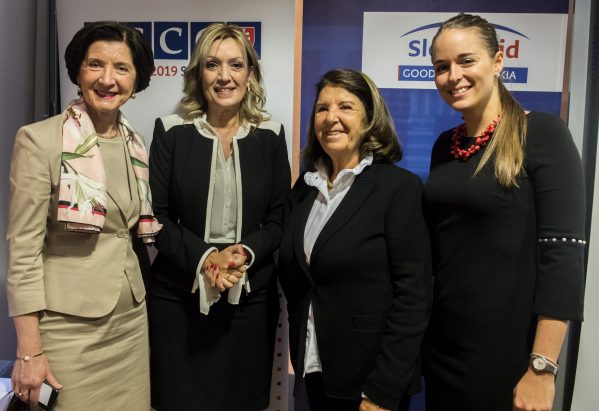 In 2018 and 2019, there was an exchange of expertise with Albania on hazardous waste management. Experts from the Ministry of Environment of the Slovak Republic presented to the Albanian delegation our accession process to the EU and its challenges, the legislation and the history of legal landfilling and waste incineration, as well as the new challenges arising from EU membership. A part of the programme was devoted to the increased need for recycling and education on this topic. 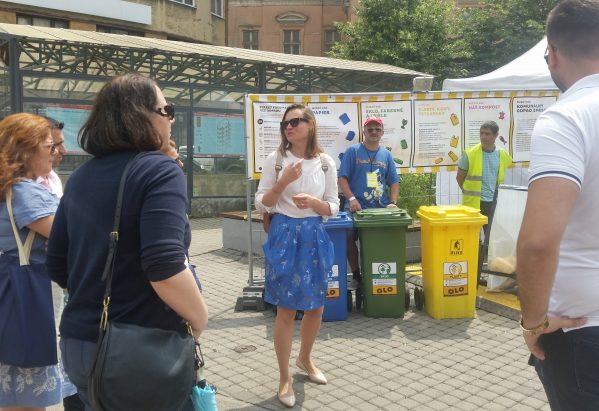 After the outbreak of the armed conflict in eastern Ukraine, in 2014 we sent two Slovak doctors with practical experience from NATO military operations to Ukraine.

In cooperation with the Ukrainian Scientific-Practical Center for Medical Assistance in Emergencies and Disaster Medicine of the Ministry of Health of Ukraine, about 300 doctors were trained in the organization and management of field hospitals, acute field surgery, patient management and psychological trauma management in a field hospital. 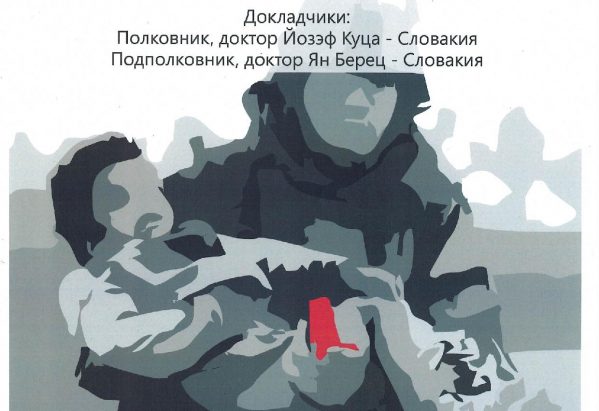