Slovakia Signs a New Memorandum on Cooperation with USAID - SlovakAid

Slovakia Signs a New Memorandum on Cooperation with USAID

Slovakia Signs a New Memorandum on Cooperation with USAID 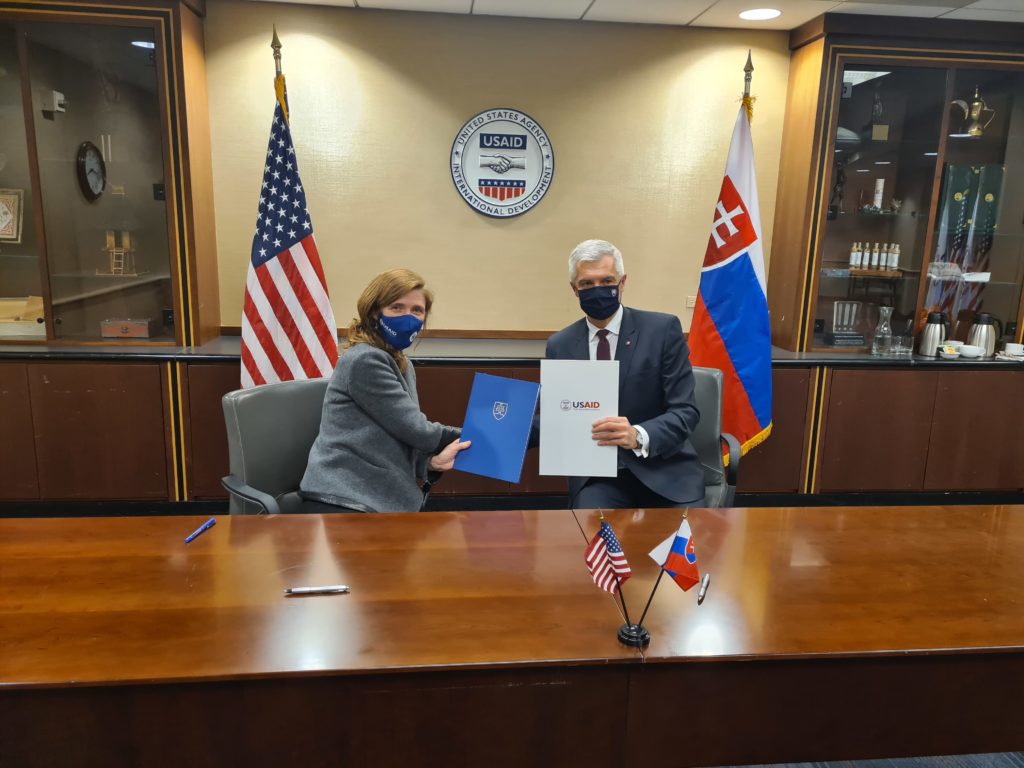 Having signed the three-year Memorandum, both countries have enhanced the existing practical cooperation via joint projects in the Western Balkan region and in the Eastern Partnership countries.

“Having signed the memorandum today, we have made another step towards extending the opportunities of joint project activities in development cooperation, including human rights and democratic reforms in our partner countries. I´m pleased that our renewed commitment is based, in particular, on Slovakia´s experiences with transformation as an added value, which is highly appreciated by the U.S. side,” stated I. Korčok.

The first outcome of the ongoing cooperation between SlovakAid and USAID will be a joint project that will focus on strengthening the financial sustainability of the Georgian non-governmental sector with the use of know-how from Slovak non-profit organizations.

Slovakia signed the first three-year Memorandum with the USAID in 2018 and in doing it became the first country among the former recipients of the US development aid in the region of Central and Southeast Europe, with which the US administration signed such an agreement.

More info on USAid and SlovakAid cooperation
Spravujte svoje súkromie
We use technologies such as cookies to store and / or access device information to provide the best experience. Consent to these technologies will allow us to process data such as browsing behavior or unique IDs on this site. Disagreement or withdrawal of consent may adversely affect certain features and functions.
Cookies policy Privacy Policy - GDPR
Manage options Manage services Manage vendors Read more about these purposes
Detailed settings
{title} {title} {title}