First bilateral Memorandum of Understanding (MoU) between the Government of the United States of America, acting through the US Agency for International Development (USAID) and the Ministry of Foreign and European Affairs of the Slovak Republic (MFEA SR) was signed on 14th November 2018 in Washington D.C. as a part of international development cooperation.

The Slovak Republic was the first country among former recipients of US development aid in the region of Central and Southeastern Europe with which the US administration signed such an agreement. By signing the MoU, these two countries launched practical cooperation through implementation of joint projects in the Western Balkan region and in the Eastern Partnership countries. 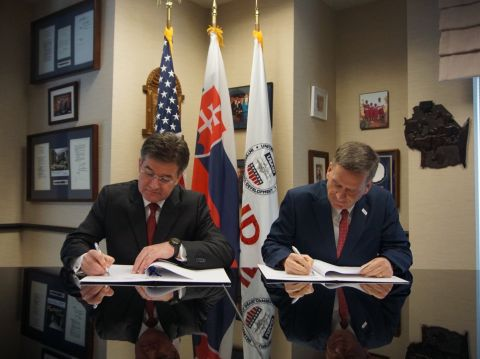 The joint projects are currently being realised in Moldova through SlovakAid´s  financial contribution to the Comunitatea Mea (My Community) Programme which is a five-year long USAID Development Programme (2018-2023) being implemented by IREX in Moldova.

Another joint project "National Convention on the European Union in the Republic of North Macedonia" (co-financed by USAID) is currently being implemented in the North Macedonia.