The Slovak Embassy in Chisinau was established in 2013. The development cooperation between Slovakia and Moldova has been also strengthened through the creation of the position of a development diplomat (hosted by the Embassy of the SR in Chisinau).

Moldova committed to the implementation of reforms by signing the Association Agreement with the EU in 2014. In the same year, Moldova became a SlovakAid program­me country. Slovakia supports Moldova’s trans­formation efforts and its economic growth, as well as provides assistance in implementing reforms. At the same time, Moldova represents an oppor­tunity for private sector engagement in develop­ment cooperation. 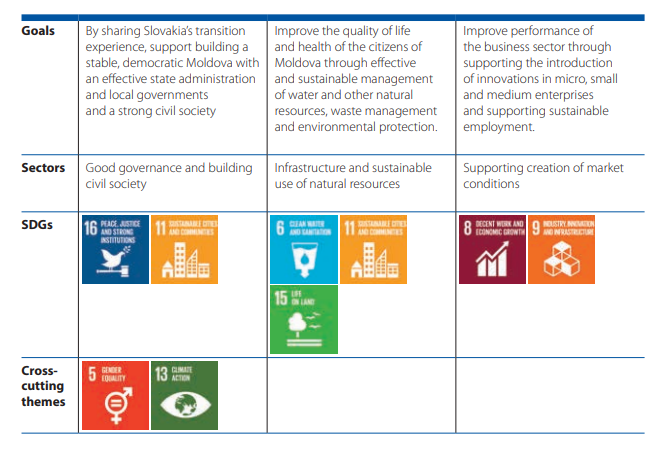